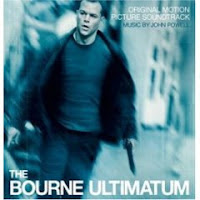 Saw the Bourne Ultimatum the other night. It's gripping, and the fights are as well choreographed as the two previous movies in the trilogy. But, despite fawning reviews, it's not as good as Identity or Supremacy. In fact, it steals quite a lot from them, and it's repetitive on its own, too.

I still enjoyed it. That's the way of action movies.

Ultimatum has a political point of view. The Bushist executive-power black bag bodyguard of lies tell-you-I'd-have-to-kill-you covert types are the bad guys. But it's still a very small part of the movie.

The question the movie, like many before it, posed for me is this: There are clearly men who have the will to power, who inhabit powerful positions and are willing, even eager, to act in the dark. Are transparency, the open society, and a politics based on real, not manufactured, consent even possible? Has my belief in them been head-up-my-ass naive?

Posted by lovable liberal at 11:35 PM