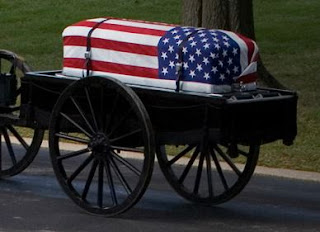 This HBO documentary made tears keep rolling down my cheeks this beautiful Memorial Day.
Posted by lovable liberal at 5:16 PM 2 comments 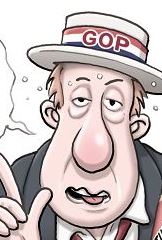 Bonus joke:  Why is Coors Light like sex in a canoe?  Punchline in comments...
Posted by lovable liberal at 11:53 PM 2 comments

Fox lies all the time, although you do have to ask whether "Fox and Friends" - the show that dominates the news stupidity in a media landscape that's filled with media stupidity - knows for sure that their bullshit is bullshit.

Obama began his response by saying that "Americans died in Benghazi." He followed by asserting that he wanted to ensure that a similar situation doesn't happen again and that the assailants would be "held accountable."

If you watch Fox and believe it, I don't understand how you actually have enough sense to make a living and not get fleeced out of it by retail scam artists. There are a couple of possibilities:

Does Brian Kilmeade remind anyone else of Emily Litella?

By the way, did you know that the word gullible isn't even in the dictionary? Probably another Obama conspiracy...
Posted by lovable liberal at 3:57 PM 0 comments

Why does it matter that Gabriel Gomez (R-private equity) took a $280,000 tax deduction on the facade of his home? Don't we all try to squeeze every last dime off our tax bills? Isn't that the good ole American way?

The Town of Cohasset values Gomez's property at a little more than $2,000,000. (Go here and search for parcel 27-094.  It's actually not his any more, as he sold it for $1 to his wife in 2008.) This value matches up with Zillow's current estimate, which makes Zillow's 2005 estimate of value credible. Zillow has tended to inflate the market anyway, which would work to Gomez's advantage.

Taking Zillow's 2005 number of $2.3 million, Gomez's tax deduction was over 12% of the total value of his property, pretty extreme. It gets worse when you realize he's valuing the appearance of the facade only, not the twelve bedrooms or the five bathrooms or the land.

Then, it turns out, as the Boston Globe reports, that Gomez's alteration of the facade was already restricted by a town bylaw and thus not his to donate.


One specialist in conservation easement law, Scott Knott, a tax partner in The Ferraro Law Firm in Washington, D.C., said that if easements mandated by local laws are already in place, homeowners have nothing to claim as a tax deduction.

“The key is the valuation of the easement and if there is already a restriction on the property, the value is not diminished by the easement,’’ said Knott. “The value of any easement that has the same restriction already in place is zero.’’

If you want to go all Fifth Amendment on me, you're too late to make the town's bylaw a taking. Gomez bought the house in 2004, well after the establishment of the Cohasset historical district in 1996. So Gomez bought the property with restrictions already on it, and those restrictions necessarily would have figured in the price he paid for it. (Of course, living in a historic district generally raises property values instead of lowering them.)

OK, Gomez's spokesman said, but now he can't sue for relief if the Cohasset Historical Commission won't let him make a change. Except, he can still seek relief in court.

Like Ann Romney's tax deductible horse hobby, this is an outrage of sharp abuse of the tax code. No legitimate public purpose is served by it, just the enriching of the already wealthy out of the public treasury.

This is who Gabriel Gomez became by descending into private equity. Don't the plutocrats already have enough people in Congress - especially in the Senate - whose avowed purpose is to help the wealthy grab even more of the nation's income?

We in Massachusetts took a brave step forward in electing Elizabeth Warren. Gabriel Gomez would work to destroy every single thing that Warren is accomplishing in Washington.

On a serious note, the corruption of science by conclusions favorable to the powerful continues.


First, Reinhart and Rogoff selectively exclude years of high debt and average growth. Second, they use a debatable method to weight the countries. Third, there also appears to be a coding error that excludes high-debt and average-growth countries. All three bias in favor of their result, and without them you don't get their controversial result.

Posted by lovable liberal at 1:32 AM 2 comments

In a perfect Ayn Rand world, Sohel Rana ought to go Galt if he's regulated by the little people of government. Far better to keep hands off job creators and let their workers decide whether a factory is a safe enough place to alienate their labor!


Authorities in Bangladesh now say the building was illegally constructed, with permits obtained through political influence. The owner, Sohel Rana, now in jail, was illegally adding upper floors to structure at the time the building collapsed, officials said.

If 1,000 people die because greedy bastards like Rana have bought off the government, for economic libertarians, that's just the occasional cost of freedom, collateral damage in a capitalist paradise.

When an industrialist exploiter corrupts government, that's a failure of government, no doubt. But it's a feature of the extreme form of capitalism that Randian libertarians advocate, in which everything is for sale and the "free" market corrects excesses.

Sometimes, the market mechanism takes lives of the proles. But who cares about them? Certainly not Rana Sohel.

The thing we comfortable, lazy Americans may not have noticed is that we live in a nation whose government has been thoroughly corrupted by the moneyed elites. Little by little and sometimes in big hunks, wealth has bought up every institution it could.

The plutocrats think their incipient fascism is by definition right and moral. Even if a few (thousand) have to die.
Posted by lovable liberal at 1:19 AM 0 comments

The Heritage Foundation doesn't exist to research credible conservative alternatives. It exists to provide pseudo-intellectual claptrap to paste a fig leaf over the nasty bits of wingnut prejudice. Heritage proposed Obamacare in the 1990s, only to go full metal jacket on it when a Democrat proposed it.


[T]he study, which comes out under the leadership of conservative former Sen. Jim DeMint (R-SC), is a sharp departure from a “Backgrounder” the Foundation published in 2006. Then, Heritage noted that “worker migration is a net plus economically.”

The wingnut bullshit artists are in charge, and they need to keep the rubes inflamed so that they don't notice it's the plutocracy who are screwing them.

Update: My man Paul Krugman agrees with me. Usually it's the other way around.


The truth is that Heritage has never been in the business of doing economic analysis; it’s just a propaganda agency posing as a think tank.

Posted by lovable liberal at 1:03 AM 0 comments

A bit hazi on a sense of proportion


If you think Benghazi is a scandal, rather than a fiasco, you're a person who's completely unable to hold your people to the standard you hold President Obama to.

Posted by lovable liberal at 12:07 AM 0 comments

Posted by lovable liberal at 1:25 AM 3 comments

Today is a great day in the annals (two Ns, so shut up!) of Republican lying adulterers. Mark Sanford (R-only a sin to be a Democrat) will never again be seriously challenged by a Democratic candidate.


According to those exit polls, Mr. Sanford held a three-to-one lead among voters who described themselves as liars, cheaters, or sleazebags.

Once again, the majority of a conservative electorate has proven more committed to ideology than to the personal virtue they bullshit about whenever Ted Kennedy is the topic of conversation.

No big loss, really. Colbert Busch was never going to hold that seat past 2014. Now the Republicans are stuck with Sanford.

Maybe he, Vitter, and their role model, Newt Gingrich, should rent a limo with the up-suspension package and triple date. Oh, the stories they could tell to entertain their dates!
Posted by lovable liberal at 12:04 AM 2 comments

Rush for the exits

It's probably too much to hope for to dream that Rush Limbaugh, founder of the no-bigger-asshole school of conservative bullying, will change his bigoted behavior.  But it would be lovely if he got paid ever less to give cover to wingnut assholes as they pollute our national discourse with hatred and ignorance.

For when you really have to suck

Really? If the shoe were on the other foot, that's what Republicans would claim.

"America is absolutely awash with easily obtainable firearms," Gadahn says, explaining that "you can go down to a gun show at the local convention center" and buy a gun without a background check.

Then a faint smile crosses Gadahn's face. "So what are you waiting for?" he asks.

Under current laws, if a background check reveals that your name is on the national terrorism watch list, you're still free to walk out of a gun dealership with a firearm in your hands — as long as you don't have a criminal or mental health record.

Republicans in the Senate really did block any tightening of background checks - including measures obvious to anyone who actually wants to keep deadly weapons away from violent people. Read the whole (short) NPR story from Ailsa Chang. It's really effing unbelievable.

The honest truth is that nearly all Republican legislators are willing to allow felons and people who are dangerously mentally ill to own guns. Why should potential terrorists be any different?

The Republican Party's leaders think the only point at which we can stop violence is once it has already started - every school, every theater, every political rally an O.K. Corral.

Even rank and file Republican voters know that this is utter madness. You'd think they might do something about it.
Posted by lovable liberal at 1:24 PM 9 comments