Let us point and stare in disbelief 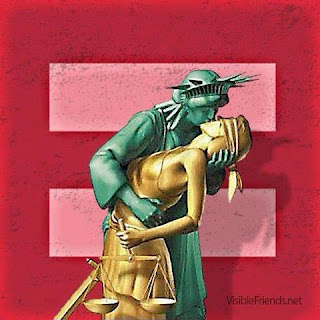 Expect the wingnuts to propose yet another anti-expression Constitutional amendment, but this is yet another aspect of my tagline.

Posted by lovable liberal at 11:22 AM 0 comments

Culpable but not the most culpable 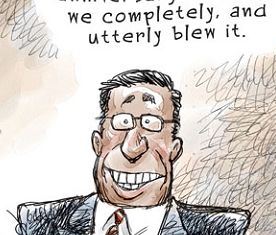 Time for redistribution yet?

Posted by lovable liberal at 2:28 AM 2 comments


The decision of Sen. Rob Portman (R-Ohio) to support same-sex marriage after learning that his son was gay has inspired hundreds of other Republican lawmakers to stop speaking to their children immediately, G.O.P. leaders confirmed today.

(For the humor-impaired, yes, this is satire. You never heard of Borowitz, huh?)

I want to ask something more serious. Why is it that Republicans are so incapable of sympathizing with people who are different or in need, right up to the point at which someone in their family has a need?

It seems to me that they have a fundamentally tribal and defective moral sense that can't recognize others as deserving their human sympathy.

Update (3/25):  But girls should still submit to barefootedtude and pregnancy...


Elizabeth Warren doesn't shy from the important questions. Her persistent cross-examinations of regulators cast in high relief the tolerance in official Washington for the unfair legal regime in which there is one set of rules for us little people and another far laxer set of rules for the movers and shakers who count themselves as the free market's gift to us all.

No wonder the banks wanted to keep her off the Senate Banking Committee. She is not willing to accept bland deflections of her questions.

Please, sir, I want some more

The plutocrats' (and Republicans') vision is to reduce us all to penury.

Posted by lovable liberal at 12:41 AM 0 comments