Republicans don't believe in democratic governance. They believe in ruling us:


In the 30 years since coming to power here, Republicans have used their initial ascent to power to seal themselves into office as tightly as the pharaohs. Smart commentators have noted how lawless the conservatives are in making substantive decisions, but that’s not the worst of it. The worst of it is how they use their tenure to make it increasingly impossible to oust them.

Read it all. Depressing as it is, it's better to know and act from reality, rather than some fantasy that they too value self-government.
Posted by lovable liberal at 11:44 PM 1 comments 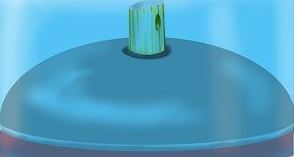 Click image for full Elena Steier/sickworldjournal.com cartoon.
If, out of all the people, guilty of financial crimes, mostly Republicans, a Democrat has to go to jail first, I'm fine with Jon Corzine doing time.
Posted by lovable liberal at 8:41 PM 2 comments 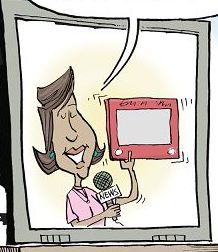 Watch the Secret Service detail in the last 10 seconds. The President's joking? There's good humor? They don't care. They're single-focused on watching for a threat. Which will only get worse when Obama is re-elected over Rmoney or Sanctorum.

Even Teapublicans can tell that Mitt Romney is a liar

Visit msnbc.com for breaking news, world news, and news about the economy
Tomorrow Mitt Rmoney will claim that Eric Fehrnstrom is a junior staffer. It's the only way Mitt can stay true to his pattern of dishonesty at all possible moments.
Posted by lovable liberal at 1:25 AM 4 comments

Remember when transvaginal was a good thing? 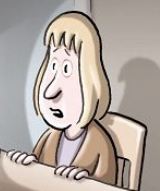 This cartoon, which attempts irony, explains a lot about the Teapublican view of ignorance as no big deal. How ironic.

The Tennessee General Assembly passes a delusionally paranoid, anti-UN resolution against Agenda 21. The fact that it's anti-environmental? Bonus!


WHEREAS, according to the United Nations Agenda 21 policy, social justice is described as the right and opportunity of all people to benefit equally from the resources afforded us by society and the environment which would be accomplished by socialist/communist redistribution of wealth

This sounds like the John Birch Society bullshit (h/t @Trace Sharp) I heard growing up in Tennessee 40 years ago, and sure enough it is. Don't any of them wonder how we're still free if fluoridation was a communist conspiracy to drug us all into sheep-like obedience?

Rick Perlstein (h/t Paul Krugman) notes that the crazy conservatives have been with us a long time - longer than we've called them wingnuts.


[A]longside the ordinary tacking of American political preference between Democrats and Republicans, conservatism continues to thrive. That's because power begets power: Democrats can be counted on to compromise with conservative nuttiness, and the media can be counted on to normalize it. And it's because there will always be millions of Americans who are terrified of social progress and of dispossession from whatever slight purchase on psychological security they've been able to maintain in a frightening world. And because there will always be powerful economic actors for whom exploiting such fear, uncertainty and doubt pays (and pays, and pays).

Conservatism is not getting crazier, and it's not going away, either. It's just getting more powerful. That's a fact that a reality-based liberal just has to accept – and, from it, draw strength for the fight.

What we had until Ronald Reagan and talk radio brought them out of the darkness was a social norm that scoffed at the fever swamp of ultra-conservative imagination. Well, nationally, not in the South. We no longer have that moderating national norm, which is really depressing, and the continuing reason wingnuts are so sensitive to any norm that limits their various and sundry bigotries.

Still, it's hopeful to look back with a gimlet eye and see that we liberals have overcome the wingnuts before. Now, to do it again.

Update: Lest I get too optimistic, more lunacy on Agenda 21.
Posted by lovable liberal at 4:35 PM 0 comments

Too bad about that.

Republicans in Congress didn't say, "Goddamn America." They acted on it. 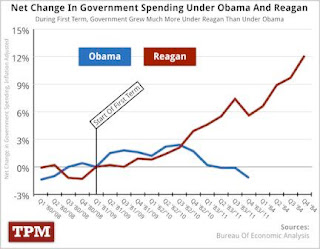 The Republican Party prefers to damage America if it can damage a Democratic President at the same time. This was so for Bill Clinton and is even moreso for Barack Obama.
Posted by lovable liberal at 3:23 PM 0 comments

Rape and pillage is the order of business at Goldman Sachs, says a now former insider. But we all knew that already. This company, to which both parties cravenly outsource the Department of the Treasury, was thoroughly exposed as double-dealing and untrustworthy in the aftermath of the Bushist financial crisis. The SEC:


Robert Khuzami, Director of the Division of Enforcement [at the SEC, said,] "Goldman wrongly permitted a client that was betting against the mortgage market to heavily influence which mortgage securities to include in an investment portfolio, while telling other investors that the securities were selected by an independent, objective third party."

That privatization of a Cabinet post, until proven otherwise, is why no one - no one! - went to jail over this allegedly legal billion-dollar fraud, for which Goldman Sachs's contracted vig was a paltry $15 million.


Investors in the liabilities of ABACUS are alleged to have lost more than $1 billion.

If you're going to lead a life of crime, white collar crime is the way to go, and the rigged game of Wall St. has the highest reward-to-risk ratio. Hell, if your fraudulent investments go sour in a big enough way, the Secretary of the Treasury will insist the middle class bail you out - without clawing back your immense and undeserved bonuses.

The SEC didn't even seek prison, only civil penalties. The Wall St. billionaires have written the securities laws so that their fraud is often only moral, not legal.

Now to Greg Smith's conscience. Where was he when it mattered? Raking in the dough that he's probably planning to retire on...

If you read his claim of conscience, the first thing you'll notice is what a piece of self-serving bullshit it is, even if its headline is true. I don't know about you, but I was not in need of reading a puffed up resume of all Smith's selections and glory and value. He was almost chosen to be a Rhodes Scholar. Whoop-de-doo.

It sounds to me as though the fundamental problem of Wall St. is overweening self-regard that leads to smash and grab ethics and short-termism. Masters of the universe, bitches! That's how they view the world.

Smith is a terrible writer who won't put himself at risk to do more than generalize. He'd have to violate confidentiality to illustrate his piece with names, dates, and deals, and that would put his retirement at age 33 or so at risk. No way!

He's not so much whistle-blowing as horn-tooting.

Metaphorical wanking only in the anti-sex GOP 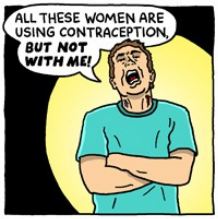 Socialists agree Obama not one of them

Where've you been the past three years?

A lot of people hate politics, but politics is how we get decisions made without guns. The President is never above politics. The President is always a politician and should embrace the role. Here, Barack Obama does. I'm glad he's back. I've missed him.