I can well imagine schlerotic wingnuts railing against the President's sense of humor.


Walking in to “All I Do Is Win,” President Obama joked “Rush Limbaugh warned you about this. Second term, baby. We’re changing things around here a little bit.”

Or maybe they'll wax wroth about teleprompters and other bullshit.

Anyhow, I'm laughing.
Posted by lovable liberal at 11:58 AM 4 comments

For Paul Krugman, the role of Cassandra has to weigh like a curse he didn't earn.


look at the predictions the two sides in this debate have made. People like me predicted right from the start that large budget deficits would have little effect on interest rates, that large-scale “money printing” by the Fed (not a good description of actual Fed policy, but never mind) wouldn’t be inflationary, that austerity policies would lead to terrible economic downturns. The other side jeered, insisting that interest rates would skyrocket and that austerity would actually lead to economic expansion. Ask bond traders, or the suffering populations of Spain, Portugal and so on, how it actually turned out.

Of course, Cassandra didn't earn hers, either.

The people who oppose stimulus aren't all ignoramuses. Sure, they've bought the fealty of the Republican Party, and it's filled with ignoramuses who are so unprincipled they'll say anything to keep the Koch up their nose. But the billionaires aren't foolish men.

It's clear that a stimulated economy is a bigger economy. The plutocrats don't care. They have plenty, and they want more, but there's something they want more than larger fortunes.

They want a docile, servile, and inexpensive workforce (that's us) whom they can dispose of on whim. They want to run everything.

Extreme inequality of income and wealth is not an accidental outcome of their policy preferences. It's their underlying goal. With the rest of us in penury or afraid of it, their lives become much simpler. That's what they want.
Posted by lovable liberal at 11:39 PM 0 comments

We simply cannot have a healthy economy when nearly all the rewards flow to the few.

Then, too, there's the immorality of a society that privileges greed above all else.

Posted by lovable liberal at 11:05 AM 0 comments

Too bad he never served his convictions. In federal prison.
Posted by lovable liberal at 10:45 AM 2 comments

No, not working corruption of blood, as fascist ninny Ann Coulter would.

Fox - whatever its bullshit lip service to the contrary - is tainted with its hatred of the liberal work that is the U.S. Constitution.
Posted by lovable liberal at 1:36 PM 0 comments


[W]e learned last week that three disgruntled Republican lawmakers – including two from Greater Nashua – actually thought it was a good idea to file a formal petition of removal and criminal complaints against 189 of their fellow representatives.

Specifically, Londonderry Rep. Al Baldasaro, Goffstown Rep. John Hikel and Merrimack Rep. Lenette Peterson filed an “emergency petition for redress,” calling for removing the 189 from office for “breaching their oath” and for their criminal prosecution for “violating federal law.”

Voting for legislation that would reset the standard for self-defense to what had existed with little fanfare for more than three decades. They claim any change would violate their right to bear arms to protect themselves and their property.

Republicans used to whine - pathetically and without justification - that Democrats were "criminalizing policy differences." They made this fantastic claim in defense of Tom DeLay (R-screw campaign finance laws), only appropriate in the sense that DeLay himself made the phrase popular.

Now, these New Hampshire gun-toting wingnuts want criminal complaints because, in the exercise of their representation of their constituents, their political opponents voted in a way that made them cry.

They prove yet again that many Republicans oppose the idea of democracy every time it goes against them.
Posted by lovable liberal at 12:16 PM 2 comments

There's a "sweeping" new report that '“it is indisputable that the United States engaged in the practice of torture” and that the nation’s highest officials bore ultimate responsibility for it.'

Ho hum. The only aspect of this that's really newsworthy is that a Republican signed onto it.

The Bushists chose to torture.

They have escaped all legal responsibility for their actions. (Like bankers!)

Note that the New York Times is still too chickenshit to call torture torture outside of direct quotes. Instead, they continue to adopt the weaselly newspeak of the Bushists:  "coercive interrogation methods used by the administration of President George W. Bush."

Until we restore truth-telling to a position of actual respect, not mere lip service, our cultural decline will continue.

Posted by lovable liberal at 8:00 AM 6 comments

Keeping guns away from bad actors

We'll see if any morons continue to try to argue with comedy.
Posted by lovable liberal at 3:44 PM 2 comments

Or, should I say, non-performance? 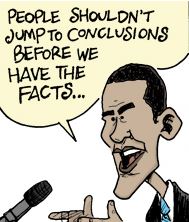 So hard to understand 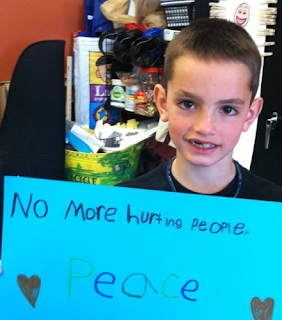 Eight-year-olds like Martin Richard know that "no more hurting people" is where morality starts. Somewhere along the way, adults forget that.
Posted by lovable liberal at 2:47 PM 2 comments

Don't tread on me.
Posted by lovable liberal at 1:54 PM 2 comments

Rush is defensive about greenhouse gases in general, since he puts out so much bullshit. But of course that's methane-producing, more than carbon dioxide, so maybe we can excuse his buffoonish ignorance.

We used to mock wingnuts for Clinton Derangement Syndrome. Because they noticed that tag stung, they accused us of Bush Derangement Syndrome, even though CDS (Hillary murdered Vince Foster!) was mainstream in the GOP and BDS (Darth Cheney did controlled demolition of WTC4!) was only in the wacko fringe left.

The truth is that many wingnuts are simply deranged. They can't tell obvious bullshit from something that's in range of plausible. There are plenty of them, too, which is why our politics is so screwed up that a centrist like Barack Obama (bank rescue, Heritage Foundation health insurance reform, chained CPI, no accountability for financial crimes, gradualist war policy, weak on environment) has crazy teabaggers screaming "socialist commie fascist" at him.
Posted by lovable liberal at 10:41 PM 2 comments

Americans favor working background checks, but the NRA opposes them, so we're not likely to take any concrete step to keep guns out of the hands of criminals and unstable people.

That means we have to imagine this happening to other families:


In addition to the tragic loss of her playmates, friends, and teachers, my first grader suffers from PTSD. She was in the first room by the entrance to the school. Her teacher was able to gather the children into the tiny bathroom inside the classroom. There she stood, with 14 of her classmates and her teacher, all of them crying. You see, she heard what was happening on the other side of the wall. She heard everything. Shooting. Screaming. Pleading. She was sure she was going to die that day and did not want to die for Christmas. Imagine what this must have been like. With PTSD comes fear – all kinds of fear. Each time she hears a loud or unfamiliar noise, she experiences the fear she had in that bathroom. She is not alone. All of her classmates have PTSD. She struggles nightly with nightmares, difficulty falling asleep, and being afraid to go anywhere in her own home. At school she becomes withdrawn, crying daily, covering her ears when it gets too loud and waiting for this to happen again. She is 6.

Imagine being this age and living like this. My children face their fears every day by getting on the bus and going to school. Would you be able to do the same? How would you feel if these were your children?

It's obvious from events since the Newtown massacre that Wayne LaPierre and his merry band of sociopathic fucks are so opposed to any measures against guns that they are willing to accept mass murder of children as collateral damage in the name of something they believe to be more important.

Imagine a world in which that obscenity were not possible.
Posted by lovable liberal at 1:12 AM 6 comments

How clueless do you have to be to imagine that Bill O'Reilly has a clue?