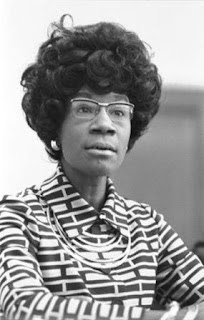 Hillary's most fervent supporters committed themselves to realizing a possibility that had seemed since 1920 laughably impossible. Shirley Chisholm had made a statement, but compared to masculine reality she had been performance art, serious but not lasting.

Now, Hillary was real. She was so close. Those who had come to believe that they love her and that she carried their personal hopes were also so close that they could read the joy like Braille in everything they touched.

That's a hard dream to defer, especially when the other side is celebrating the victory of a dream held in abeyance just as long. Jealousy is impossible to avoid.

Political decisions are emotional decisions, by and large. This one is no different. Some Clinton supporters will come around; some will not.

History suggests most will vote for a Democrat:

In the modern era, the pledge of mass defections by disappointed primary voters isn't rare -- but it rarely has a major influence on election results. The number of voters who identify with a given party may shift dramatically over time -- but among that self-selected group, loyalty tends to be remarkably high, with greater than nine in 10 usually supporting their party's presidential nominee, according to exit polling over the past few presidential cycles.

Eventually, the hot emotion of losing this dream until the next time will subside, and most of Hillary's supporters will make a decision between Obama and McCain. And there is just not much in McCain to inspire their belief or their joy.
Posted by lovable liberal at 7:47 AM