We can't afford this now, and we never should have afforded it.


Since 1979, nearly a dozen hurricanes and large storms have rolled in and knocked down houses, chewed up sewers and water pipes and hurled sand onto the roads.

Yet time and again, checks from Washington have allowed the town to put itself back together.

Across the nation, tens of billions of tax dollars have been spent on subsidizing coastal reconstruction in the aftermath of storms, usually with little consideration of whether it actually makes sense to keep rebuilding in disaster-prone areas.

As the New York Times discovered, Dauphin Island, Alabama, is a spit of sand with real estate under water in the fine tradition of land speculators and fraud: 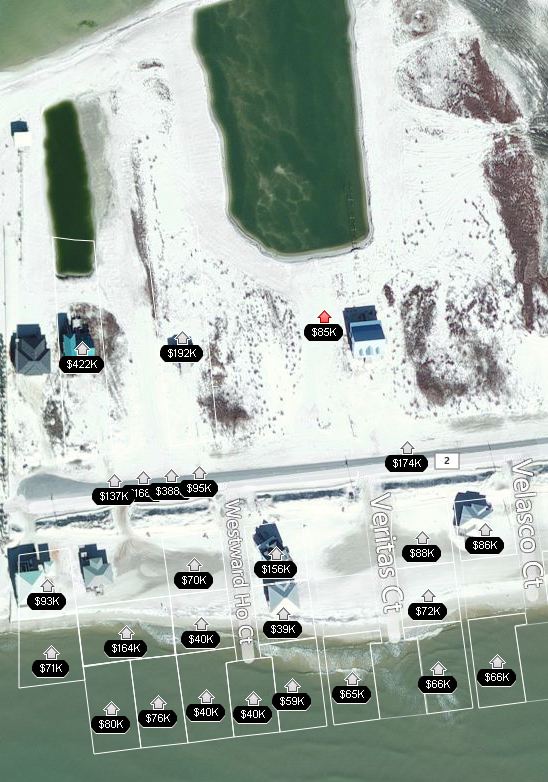 Dauphin Island is not stable enough to sustain much plant growth, much less homes that aren't houseboats moored to the sand. American taxpayers should not subsidize rebuilding this as if we were King Canute and, worse, unable to learn anything from experience.

Pretty simple: Don't build on barrier beaches unless you can afford to have your property washed away.

And we should learn that Zillow fabulously overstates property values.


[A]t 3 a.m. the next morning, the idea of moving the town woke me up from a sound sleep. I got dressed, went to my office and hammered out a counter-proposal to the Corps: Let us spend the $3.5 million to move the town’s flood prone buildings to higher ground. We’d never ask for federal disaster assistance again.

A calculus like this also pertains to New York City, which will either need vast billions of dollars to create a polder or relocation of low-lying assets or the profligate waste of clean-up and repair funds again and again.

Posted by lovable liberal at 1:59 AM

I can't believe it Fidel...you posted a thread I actually agree with. I'll take it one step further and say that the feds shouldn't be in the insurance business. If you own a home or other property, you should have to insure it yourself. Period. What's all this BS about FEMA swooping in with billions of taxpayer dollars to hand out willy nilly just to make themselves look like humanitarians. Live in a flood zone, coastal area or tornado alley???....then get your own damn insurance. If you can't afford to live in disaster prone areas...then I shouldn't have to subsidize, or replace, your insurance premiums. Redistribution of insurance premiums...just what will you guys think of next?

Done with the crying jags after Nov. 6, I see, and back with the same old bullshit.

Of course, the government should be the insurer of last resort. There's no one else.

That doesn't mean the government - or anyone - should insure against easily foreseeable disasters. And, of course, what's easily foreseeable has changed with the increase in extreme weather events due to human-caused climate change.

For centuries, governments have built public works and encouraged private construction to further the economy's growth - ports, river navigation, railroads, lighthouses, levee systems, farm roads, highways, canals. Insurance and disaster aid have been among those inducements. Sometimes we've gone too far, like insuring more than once the reconstruction of vacation homes on barrier beaches.

Just because that's stupid shit doesn't mean it's stupid to do all insurance.

But of course you're incapable of such distinctions.