They hate us for our freedoms

I spent the weekend in Harvard Square, bastion of freedom and tolerance.  In more than one restaurant, same sex couples were openly kissing on each other.

Why this should offend people, I have no idea - people should love who they love - and no one was offended in Cambridge.

But fundamentalists believe they should be free to keep others unfree, so they fear Massachusetts and its fearlessness.

They should fear us.  We can persevere through winters that would kill them.

Yet we keep sending them subsidies via federal spending, we keep trying to convince them that the Enlightenment beat the Dark Ages for good reason (not to mention the Union defeating the Confederacy), and we keep failing to help them find the joys of the liberal democracy that we, not they, happily inherit from the Founders.

So strange that the one lesson they learned from the Civil War was never to be outgunned.  Tsk-tsk, always fighting the last war...

Posted by lovable liberal at 12:33 AM 8 comments 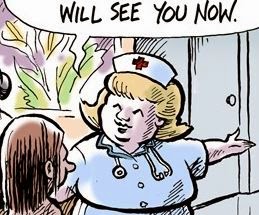 
Why do Republicans and other wingnuts hate President Obama's viral Funny or Die video with Zach Galifianakis? I mean, other than their simple hatred of the President...

This video is reaching young people, and scaring them into not signing up for Obamacare is one way the health-free and die crowd now hope to kill universal health insurance.
Posted by lovable liberal at 10:49 AM 0 comments

It's always shocking when a free market conservative discovers that enterprises externalize their costs in order to profit at the expense of society:


What some of us haven’t considered is the possibility that the biggest subsidy of all is being able to pump pollutants into the air with no accountability.

But kudos to those who finally do.

Hmm, what could happen if he'd question his other long-cherished assumptions?

Maybe we're better off with him trying to explain reality to the wingnuts who wouldn't reelect him.  I know they won't listen to me.
Posted by lovable liberal at 2:39 PM 0 comments

When the strong are so weak... 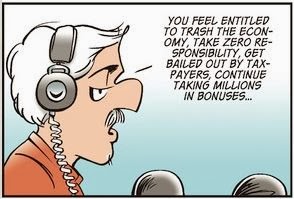