Two college professors, Michael Norton of Harvard Business School and Dan Ariely of Duke University, surveyed American beliefs about current and optimal distribution of wealth. The vast majority - 92% - preferred the distribution of Sweden (unlabelled in the survey) over America's own hugely unequal distribution. 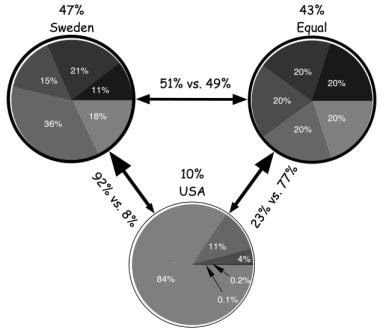 All demographic groups – even those not usually associated with wealth redistribution such as Republicans and the wealthy – desired a more equal distribution of wealth than the status quo.

I wonder what the teabaggers would say.

(h/t KnoxViews and GOOD.is)
Posted by lovable liberal at 6:37 PM