The Tennessee Highway Patrol raided a cockfight in rural southeast Tennessee. Naturally, the AP doesn't say where in Polk Co., but one look at Benton, TN, the tiny town listed in the dateline, tells me that AP doesn't have a stringer there: 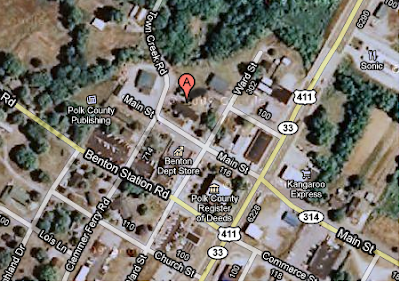 This is really a dog bites man story - happens about once a year. In fact, googling cockfighting benton tennessee shows some signs that this ho-hum news has taken at least a month to travel the 70 miles to Knoxville.

This story is only worthy of comment because of the reflexive bigotry it elicits from at least one commenter on Knoxnews:

Yes, many of the Latin American illegals come from cultures that still permit cockfighting, but that may be one thing that makes them feel right at home in East Tennessee. Thirty years ago, I worked for a guy who spent every weekend fighting his "chickens." Word was that he had good sources in local law enforcement, so that he never showed up to a cockpit carrying his stake and his roosters if it was going to be raided.